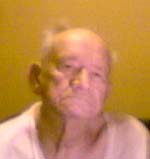 19 Jim Sackett
(1928–2015)
James M "Jim" Sackett, son of William Warren Sackett and Garnett E Hill, was born in St Petersburg, Pinellas County, FloridaG, on 1 November 1928.1 He died aged 86 in Chicago, IllinoisG, on 20 June 2015.1 He married first Mildred Kanzia. He married second Arlene Brand.
In 1930 he was living at 16th Avenue South, St Petersburg, Pinellas County, FloridaG, in the household of his parents William and Garnett, and was recorded as James M Sackett, aged one year five months and born in Florida.2
Jim was one of the founding members of the Sackett Family Association. He is remembered with great affection by Association members George and Arabella Sackett, who became close friends as a result of their shared love of family history.
James M. (Jim) Sackett of Chicago, IL. went to be with our Lord on 6/20/2015. Jim was born in St. Petersburg FL. to William and Garnett (Hill) Sackett on 11/1/1928. Jim served 10 years in the Navy as a Chief Machinist's Mate(CMM) during the Korean War aboard the USS Antietam. Jim worked in manufacturing and facilities maintenance and was skilled in woodworking creating lasting memories for his children and grandchildren. He was preceded in death by his wife Mildred (Kanzia) and his second wife Arlene (Brand). He is survived by his children Michelle Beaumont, Jim (Debbie) Sackett, John (Debbie) Sackett, Marianne Sackett, Patty Radaszewski, Paula (Frank) Ross, Andy (Brandy) Sackett. 16 grandchildren and 6 great grandchildren.