Westfield 2012 reunion is a great success

Twenty members of the Sackett Family Association gathered on 20 September in Westfield, Massachusetts, for the 2012 reunion.

Convenors Debbie Barbee and Sharon Powalka had arranged a busy and most interesting package of events, including guest speakers, visits to places of Sackett interest, research trips, a genealogy forum, business meeting, and reunion dinner.

Best of all was the opportunity to meet and share with family, and full advantage was taken of various social events to visit with old friends and make new ones.

Westfield has a huge amount of Sackett history and is perhaps the most often found place name in American Sackett records. Dr Robert Brown, director of the Westfield Athenaeum, gave a fascinating talk to the group on the history of the Sackett family in Westfield, spanning the centuries from the arrival in about 1664 of John Sackett (1632–1719), son of colonist Simon Sackett, and one of the first settlers in Westfield, to later generations and the Sacketts' eventual disappearance from the town. More >

A recently published book, entitled simply Sackett, was the subject of a talk by its author, Stuart Strothman. The eponymous hero of the novel is Chief Sackett, son of Elizabeth Sackett who was abducted as a young girl by Indians from her parents' farm in Westfield. Elizabeth was a daughter of Westfield settler John Sackett, son of Simon Sackett the colonist. Although a fictional work, Stuart's book draws heavily on carefully researched historical detail and brings to life a traumatic and exciting episode in Sackett history. More >

A highlight of the reunion was a guided tour of the historic Sackett Tavern at Western Avenue, Westfield. Our guide, and chairman of the Westfield Cultural Council, James Homan gave the group an informative and entertaining account of the history and renovation of this splendid house. More > 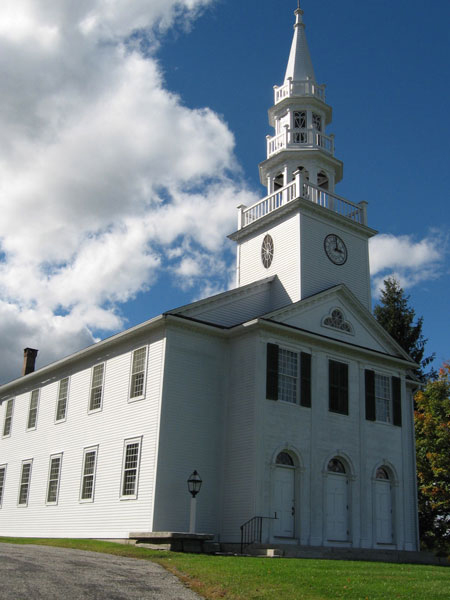 Several members of the Sackett group visited Warren, Connecticut, on Sunday, 23 September, where they attended Steve and Debbie Barbee's church at Sackett Hill Road. There followed a tour of places of Sackett interest led by the Warren Historian, Ellen Paul. This included a trip up a dirt road deep in the back woods to view a monument at the birthplace of Charles G. Finney, a cousin of Mercy Finney who married Reuben Sackett.